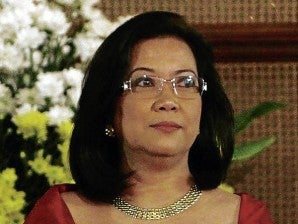 MANILA, Philippines—The Judicial and Bar Council (JBC) said that the psychological and psychiatric evaluations of aspirants for the Chief Justice and Ombudsman posts “do not matter.”

Newly appointed Chief Justice Maria Lourdes Sereno and Solicitor General Francis Jardeleza reportedly got the lowest psychological evaluation ratings given by the JBC to nominees to the Chief Justice position.

A story that appeared in another newspaper cited an 11-page Psychiatric and Psychological Report submitted to the JBC by a group of two medical psychiatrists and two psychologists.

The report cited supposedly said that Sereno and Jardeleza each got a grade of “4” after the tests, adding copies of the report were distributed to JBC members during their July 19 preliminary meeting.

Under the test, there was a five-point numerical rating system where 1 is the highest or most superior, 3 is the median and five the lowest, or a failing mark.

The report claimed Sereno “keeps a smiling face to project that she is happy”. It also claimed that Sereno “is dramatic and emotional,” and that she may tend to “make decisions based on current mood.”

Lawyer Milagros Cayosa, representative of the Integrated Bar of the Philippines (IBP) to the JBC, in an interview with reporters on Wednesday explained that the scores of the candidates do not matter.

“As long as there are no findings of psychosis, then the candidate is qualified,” Cayosa told reporters on the sidelines of the 23rd Conference of the Presidents of Law Associations in Asia.

“As we already stated, before we even take a vote, we determine if there are those who suffered from any disqualification including failure to pass the psych evaluation, so it is safe to conclude that whoever is voted upon has no infirmities as far as psych evaluation is concerned,” Cayosa said.