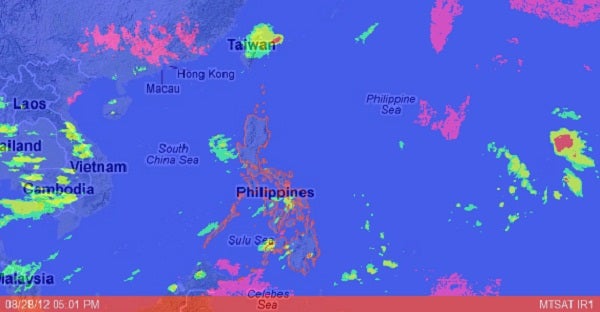 As of 4p.m. Igme, which re-entered the Philippine territory, was seen 415km north northeast of Basco in Batanes, packing maximum sustained winds of 110kph near the center and gustiness of up to 140 kph, the Philippine Atmospheric Geophysical and Astronomical Services said.

Meanwhile, southwest monsoon will affect Luzon. It will experience mostly cloudy skies with scattered rainshowers and thunderstorms becoming cloudy with widespread rains over the western sections of northern and Central Luzon which may trigger flashfloods and landslides.

The rest of the country will be partly cloudy to cloudy with isolated rainshowers or thunderstorms, Pagasa said.