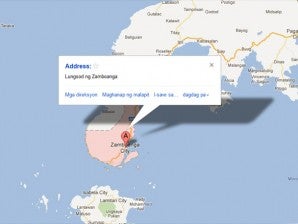 ZAMBOANGA – Philippines police said they had arrested a Muslim preacher on Saturday for taking part in a mass kidnapping by Muslim extremists in 2000 in which a Catholic priest was killed.

The suspect, Abdul Jandul, an alleged member of the Abu Sayyaf extremist group, was arrested by police and military agents on the troubled southern island of Basilan, a police statement said.

Jandul, who also worked as an Arabic teacher in an Islamic school, had a bounty of 350,000 pesos ($8,400) on his head for his alleged role in the kidnapping of 29 teachers and students that resulted in three deaths.

The Abu Sayyaf Islamic militants seized the teachers and students including a Claretian priest, Father Rhoel Gallardo, in Basilan in March 2000.

Most of those captured were freed but Gallardo and three teachers were killed by the Abu Sayyaf. The priest was reportedly tortured before he died.

Police have not said whether Jandul had allegedly taken part in the killings.

The Abu Sayyaf has been blamed for the worst terror attacks in Philippine history, including bombings and mass kidnappings of foreigners and Christians.

The group set up in the 1990s with seed money from Osama bin Laden’s Al-Qaeda network is based on remote southern islands, including Basilan.

The number of Abu Sayyaf fighters has dropped from roughly 2,000 a decade ago to a few hundred today, according to security analysts.

However they remain a threat in the south, capable of kidnapping locals and foreigners, as well as bomb attacks, partly due to support from members of local Muslim communities.