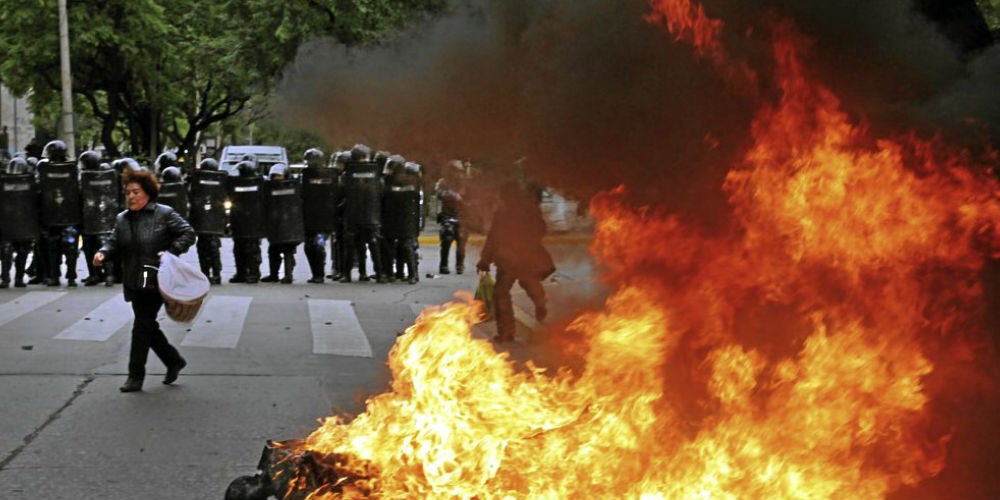 Argentinian riot police remain behind a fire during clashes with demonstrators protesting against a pension system reform in Cordoba, Argentina on August 23, 2012. Twenty-two people were injured in the clashes. AFP PHOTO / NA – Agencia Cordoba

“Our leaders know these things happen when they take measures that are detrimental to workers,” union representative Santiago Clavijo told the press.

Fifteen protesters and seven policemen were injured in the clashes in Cordoba, according to the unions and authorities.

Clavijo and other union officials had filed an appeal against the pension reform at the Supreme Court. After they left, the fighting broke out.

Under the reform, an expected increase in pension funds would be postponed for six months in Cordoba province, the second most populous province and an agricultural and industrial hub.

De la Sota has repeatedly accused the federal government of trying to choke the province.