5 Ninoy Aquino allies to get awards 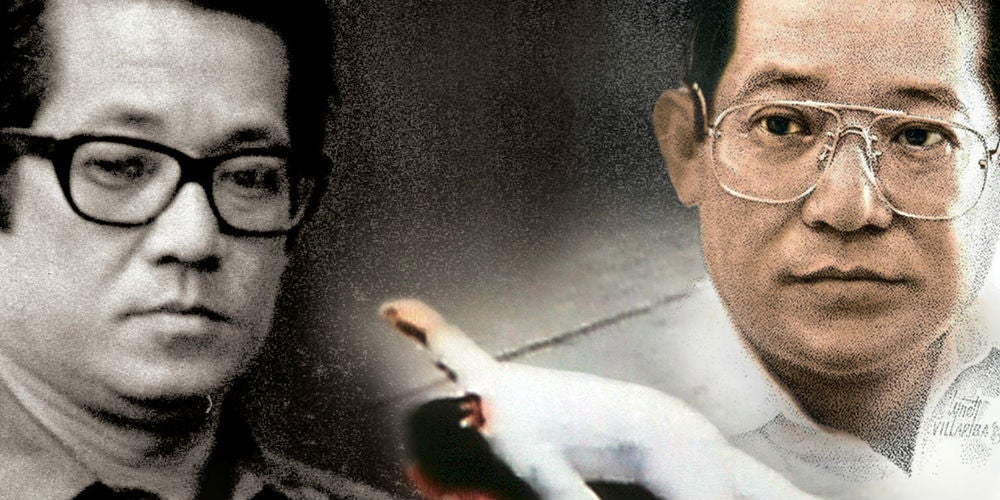 29 YEARS AGO Former Sen. Benigno “Ninoy” Aquino Jr. looks pensive shortly after being sentenced to death by musketry by a military tribunal in 1977 (left), and on his flight home from the United States on Aug. 21, 1983 (right), moments before being shot dead (center) on the tarmac of the then Manila International Airport. Inquirer Photos

NAM founding chairman and former Sen. Heherson Alvarez said that NAM was honoring these “patriots who labored with the movement to help restore democracy back to the country.”

The celebration will be held Tuesday on the tarmac of  Ninoy Aquino International Airport, where the father of President Benigno Aquino was shot dead on Aug. 21, 1983.

A requiem Mass remembering the late senator will also honor a roster of “patriot-members” who have passed away.

“Ninoy’s martyrdom, like Rizal’s, is a historic high point of Filipino patriotism which the living witnesses of that period must share with the nation for all times, especially the younger generation of Filipinos who will continue to keep alive the legacy of democracy and freedom,” Alvarez said.

Psinakis, one of the Medal of Valor awardees, is a Greek citizen married to a Filipino, Precy Lopez-Psinakis.  Organizers cited his commitment in the struggle to restore democracy in his adopted country.

Lovely had been maimed in a bomb explosion when he was brought to the United States to testify before a grand jury against the anti-Marcos opposition leadership. Lovely refused to testify against the group and instead denounced the Marcos dictatorship for its brutality.

Lamila, a supporter of NAM, was a participant in the “Light-a-Fire Movement,” which carried out bomb attacks against the dictatorship.

Baffrey, imprisoned by the Marcos regime after she came home to the Philippines from the United States, was described by event organizers as a symbol of resistance against persecution.

Esclamado was the publisher of the Philippine News, a US-based Filipino newspaper that became the vehicle of anti-Marcos groups disseminating information on the abuses and corruption of the dictatorship.

The NAM has spearheaded the annual celebration of Aquino’s martyrdom since 1987. The first celebration was presided over by the late President Corazon Aquino and attended by Coretta Scott King, widow of US civil rights leader Martin Luther King.

A special feature of the celebration is a joint performance of a delegation from the Seoul Institute of the Arts headed by Duk Hyung-yoo and the Earthsavers Unesco Dream Center directed by Cecile Guidote-Alvarez.