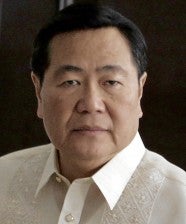 MANILA, Philippines–The Supreme Court has sought the assistance of the Department of Public Works and Highways for the construction of new courts including the Court of Appeals in Cebu and Cagayan De Oro.

Acting Chief Justice Antonio Carpio said the Supreme Court already created an oversight committee that would oversee the construction of the two Court of Appeals buildings and the Manila Hall of Justice.

The heads of the oversight committee is Supreme Court Associate Justices Teresita Leonardo De Castro and Jose Perez. Executive Justices of the Court of Appeals in Cebu and Cagayan De Oro will be part of the committee as well.

“Since the Court does not have the in-house capability to manage the construction of the buildings of this size, we plan to engage the services of the DPWH to undertake the project management and the bidding of the contracts,” Carpio said in a statement.

Construction of the three buildings pushed through after the high court has allocated P2.383 billion out of its P2.5billion savings.

The high court has allocated P1.865 billion for the construction of the Manila Hall of Justice composed of 120 Regional and Metropolitan Trial Courts while P266.950 million and P251.270 million have been allocated for the construction of the Cebu Court and Cagayan De Oro Court of Appeals and this is on top of the total of P80 million previously set aside in 2004. Currently, the two Court of Appeals are renting their buildings.

The construction of the Manila Hall of Justice has been a plan since early 2000 but was shelved for lack of budget. In 2010, the high court has been requesting P3billion budget from the Department of Budget and Management but has been turned down.

The old Government Service Insurance System (GSIS) building located at the corner of Gat. Antonio Villegas and Concepcion Aguila Stree in Manila will be the site of the Manila Hall of Justice.
In 2005, former President Gloria Macapagal-Arroyo transferred the 10,818.10 square meter property to the Supreme Court. The Cebu Court of Appeals will constructed at a7, 123 square meter lot donated by the Cebu City Government to the Supreme Court.

The Halls of Justice are buildings constructed under the Justice System Infrastructure Program (JUSIP), an offshoot of Administrative Order No. 99 issued in 1988 by then President Corazon C. Aquino.

Under the JUSIP, courthouses shall be rehabilitated or constructed for the use or occupancy of the lower courts, the National Prosecution Services, the Parole and Probation Administration, the Public Attorneys’ Office, and the Register of Deeds.