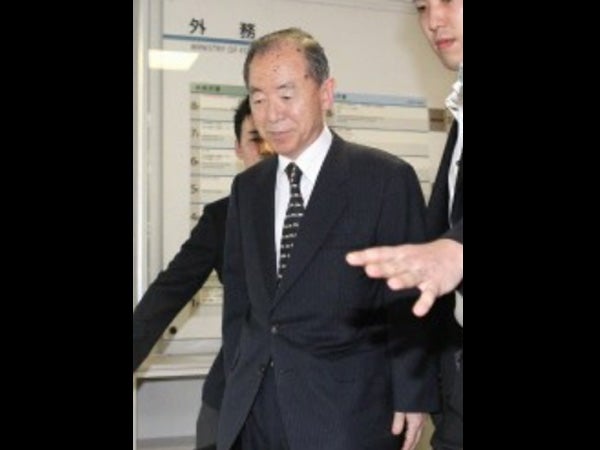 TOKYO – Japan plans to replace its ambassador to China possibly in October amid a growing territorial row over a group of islands in the East China Sea, the Japanese daily Yomiuri Shimbun reported Sunday.

The ambassador, Uichiro Niwa, sparked controversy in June when he warned that the Tokyo municipal government’s plan to buy some of the islands could spark an “extremely grave crisis” between the Asian powers.

He has been under pressure from both ruling and opposition parties to resign for misrepresenting Tokyo’s position that the islands, known as Senkaku in Japan and Diaoyu in China, are an integral part of Japanese territory, the daily said.

The Yomiuri said Niwa was expected to be removed in the foreign ministry’s reshuffle of executive posts and key ambassadorial jobs after the current session of parliament ends on September 8.

The ministry is making arrangements to replace Niwa with Shinichi Nishimiya, the deputy foreign minister in charge of economic affairs, who has also served as a minister at the Japanese embassy in China and as consul general in New York, it added.

Niwa may leave the post in October or later after attending events marking the 40th anniversary of the normalization of ties between the two countries on September 29, the daily said.

The island dispute has flared anew as pro-China activists from Hong Kong landed on Uotsurijima, one of the islands, and were deported by Japanese authorities last week.

A group of Japanese nationalists and lawmakers also arrived at Uotsurijima on Sunday with around a dozen of them swimming ashore where they planted Japanese flags.

Niwa, a former chairman of major trading house Itochu Corp., assumed the post in June 2010 with his vast experience in promoting trade and investment links with China.

But in September 2010 he could do little to prevent Tokyo-Beijing ties from worsening when Japan’s coastguard arrested and eventually deported a Chinese trawler captain for ramming his ship into two Japanese patrol boats off the disputed islands.

Tokyo governor Shintaro Ishihara announced in April that he had reached a basic agreement to buy some of the islands.

In an interview with the Financial Times in June, Niwa said Ishihara’s move would put at risk the progress achieved since the countries normalised relations in 1972.

“If Mr Ishihara’s plans are acted upon, then it will result in an extremely grave crisis in relations between Japan and China,” Niwa told the British daily. “We cannot allow decades of past effort to be brought to nothing.”