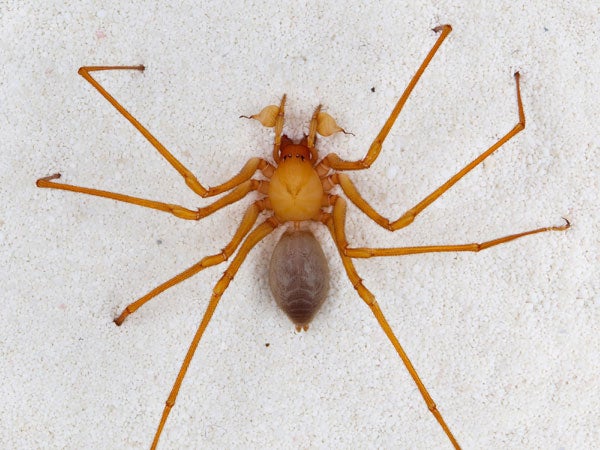 WASHINGTON, — A team of amateur cave explorers and arachnologists has found a new family of spiders in caves and old-growth redwood forests in Oregon and California, US researchers said Friday.

Entomologists at the California Academy of Sciences said the spider, named Trogloaptor — or “cave robber” — for its lethal front claws, had such unique evolutionary features that it represented not just a new genus or species, but also a new family of spiders.

The study, published in the journal ZooKeys, noted that finding a new, previously unknown family was rare, even for species-rich insects and arachnids.

Trogloraptor hangs beneath rudimentary webs spun below cave ceilings. It measures about 1.6 inches (four centimeters) wide when its legs are extended.

The spider’s impressive claws “suggest that they are fierce, specialized predators,” though scientists have not yet determined what they eat and how they attack and kill their prey, according to the study.

It pointed to strong evidence suggesting Trogloraptor was a close relative of goblin spiders.

Citizen scientists from the Western Cave Conservancy and arachnologists from the California Academy of Sciences found the spiders living in caves in southwestern Oregon. Scientists from San Diego State University found more of the creatures in old-growth redwood forests in far northwestern California.

The California specimen has dusky markings that differ from the cave species, leading scientists to believe that there may be at least one more Trogloraptor species.

Research on the spiders at the California Academy of Sciences was paid in part by the National Science Foundation, along with a private fund.

The forests in the coastal regions from California to the Canadian province of British Columbia are known for hosting unique and ancient flora and fauna, including tailed frogs, mountain beavers and coast redwoods.

“If such a large and bizarre spider could have gone undetected for so long, who knows what else may lurk undiscovered in this remarkable part of the world,” the study said.