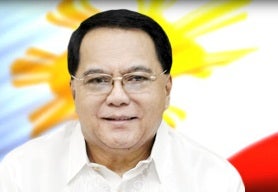 OLONGAPO CITY—The illegal hauling of chromite in Zambales continues through the operations of small-scale miners given permits by Gov. Hermogenes Ebdane Jr., according to officials of a mining company from which the ore is being taken.

“There is even a vessel at port ready to smuggle out the contraband,” he said.

Eusebio said the vessel, Tian He 19, which has a loading capacity of 2,900 metric tons, docked at the Golden Harvest Global Port in Palauig town on the night of August 9 and started loading at 10 a.m. on August 10.

In a previous interview, Lormelyn Claudio, EMB director in Central Luzon, said the permits issued by Ebdane to at least six small-scale miners were invalid.

“There’s a provision in the small-scale permits that say they must have an ECC, and they don’t. So what they’re doing [there] is illegal,” she said.

Claudio said the CDOs are still in effect. “So if they are still there, we will reimpose the CDOs and notice of violations,” she said.

But lawyer Danilo Uykieng, chief of the Mines and Geosciences Bureau (MGB) in Central Luzon, said he could not act on the CMI request to seize the chromite.

Uykieng said he could not hold MV Tian He 19 and seize its chromite load because the small-scale mining permits issued by Ebdane are considered valid unless declared otherwise by a court.

He said the Philippine Ports Authority (PPA) and the Bureau of Customs (BOC) are the proper agencies that should seize the chromite shipment.

In an August 10 letter, CMI’s Eusebio alerted MGB about the “illegal shipment of chromite stolen from CMI’s Coto Mines.”

The Philippine Daily Inquirer tried to reach Ebdane and his public relations officers on Tuesday but they did not reply to text messages or take calls.

Nelson Castro, provincial environment and natural resources officer, said his office could not act on the Coto Mines case because “we are very busy with the national greening program of President Aquino.”

Castro, however, promised to verify reports of irregularities in small-scale mining in Masinloc.

Eusebio said the vessel in Palauig is the 12th to arrive in Zambales “with the intent to smuggle CMI’s chromite to China.”

In his August 10 letter, Eusebio appealed to Uykieng to make “law, order and justice prevail in the province of Zambales.” Robert Gonzaga and Tonette Orejas, Inquirer Central Luzon