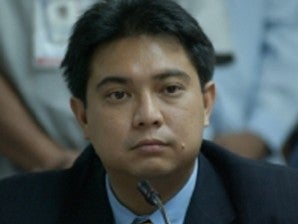 MANILA, Philippines—An election watchdog is seeking the disqualification of Ang Galing Pinoy (AG), the party-list group represented in Congress by Juan Miguel “Mikey” Arroyo, son of former President Gloria Macapagal-Arroyo, as an accredited organization that may run in the 2013 elections.

Kontra Daya on Tuesday asked the Commission on Elections (Comelec) to annul the registration of the party-list group, calling it “a classic case of a party-list for sale.”

“A careful review of its establishment, the changes it underwent through the years and the lack of a track record of the organization and its nominees would reveal that Ang Galing Pinoy is not a legitimate party-list which represents marginalized and underrepresented sectors but is used only as a tool of the Arroyos and their political allies to remain in power,” the Kontra Daya petition read.

Kontra Daya said it would also be filing soon separate petitions for the disqualification of several party-list groups with allegedly questionable nominees.

The petition filed yesterday challenging anew the legitimacy of Ang Galing Pinoy also questioned its set of nominees for next year’s elections—Charlie Chua and Eder Dizon.

Kontra Daya noted that Chua was a member of the Sangguniang Bayan of Lubao, Pampanga, and was a senior partner at the Chua and Munsayac law firm. It said Chua was the “right-hand man” of Lubao Mayor Dennis Pineda.

Dizon was identified as a cosmetic surgeon, a Pampanga-based businessman who is president and owner of Suncove Corp., supposedly a franchise holder of the Philippine Charity Sweepstakes Office’s small town lottery.

“The guideline expressly requires that the nominee must belong to the marginalized sector such as the security guards and drivers in this case. However, none of AG’s nominees qualify under these standards,” said Kontra Daya.