Obama ribs Nasa: Let me know if you find Martians 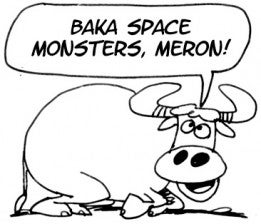 ABOARD AIR FORCE ONE—US President Barack Obama on Monday ribbed scientists behind Nasa’s roving robot Curiosity, instructing them to let him know right away if they found life on Mars.

“If in fact you do make contact with Martians, please let me know right away,” Obama joked, as he called up the scientists at Nasa’s Jet Propulsion Laboratory in California from Air Force One.

“I’ve got a lot of other things on my plate, but I suspect that that will go to the top of the list. Even if they’re just microbes, it will be pretty exciting,” he added.

After a high-risk landing, Curiosity touched down on Mars last week to hunt for soil-based signatures of life on Earth’s nearest neighbor and send back data to prepare for a future human mission.

The roving robot’s mission includes hauling a Mars Science Laboratory as far as halfway up Mount Sharp, a towering 5-kilometer Martian mountain with sediment layers that may be up to a billion years old.

Obama said that thanks to the dedication of Nasa scientists, Curiosity “stuck her landing and captured the attention and imagination of millions of people not just across our country, but people all around the world.

“You’ve made Nasa proud. You guys are examples of American know-how and ingenuity, and it’s really an amazing accomplishment,” he added.

The US president offered a political vow to maintain critical investments in science and technology.

Obama’s call was another example of the advantages of political incumbency: He got to talk to the scientists in his official role from his presidential plane while his Republican foe Mitt Romney only got to talk about them.

“We just landed on Mars and took a good look at what’s going on there,” Romney said in Florida on Monday.

The Republican candidate also lauded America’s missions to the moon in the 1960s and suggested that China, which planned to land a probe on the moon next year for the first time, “take a good look at our flag that was flown there 43 years ago.”

Read Next
14 flights canceled at Naia
EDITORS' PICK
UK’s Boris Johnson will resign, BBC reports
Unemployment rate up to 6% in May
Geek out at TOYCON 2022 powered by Smart Signature
High inflation: Your P1 is now worth only 87 centavos
High-risk pregnancy: Reducing your risk is in your hands
House energy committee chair Arroyo bats for cheap electricity
MOST READ
Suspect in grisly killing of missing woman in Bulacan arrested
Kim Atienza’s daughter flaunts bikini body in response to critics of her ‘revealing photos’
Japanese artist who created ‘Yu-Gi-Oh!’ found dead in the sea
UK PM quits as Conservative leader
Don't miss out on the latest news and information.