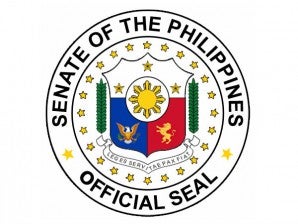 MANILA, Philippines – The Senate is facing indecision on the proposal to move the opening of classes from June to September.

This is after senators saw conflicting issues after representatives from the Philippine Atmospheric, Geophysical and Astronomical Services Administration and the Department of Education laid down their arguments Tuesday on revising the school calendar.

The Senate committees on Education, Arts and Culture joint with Ways and Mean, Finance, and Science and technology held the meeting with officials from Pagasa and DepEd.

In an interview after the hearing, Senator Edgardo Angara, chairman of the committee on education, said that the Senate cannot make its decision on the matter as of yet since there are equally strong arguments on both sides.

“We are not prepared to make a decision,” Angara told reporters in an interview, addeding the Senate will consult other stakeholders like the Commission on Higher Education, the Technical Education and Skills Development Authority and the business sector.

Angara said they will also set another meeting to further discuss the matter.

In an interview after the committee hearing, DepEd Secretary Armin Luistro said that they are open to studying proposals of rescheduling the opening of classes which coincides with the onset of storm and monsoon seasons. Classes in all levels are frequently suspended due to strong rains and floods, disrupting the country’s school calendar.

But Luistro admitted that things do not bode well for the proposal after Pagasa revealed that it cannot guarantee that September will be storm-free in other parts of the country.

“There are areas wher you can start classes any month and will still experience the same problems,” Luistro said.

During the hearing, Falviana Hilario, acting deputy administrator for research and development, told the Senate committees that only the National Capital Region and provinces in the western section of the country will benefit from the rescheduling of classes.

According to Hilario, the NCR and western provinces like Ilocos Norte, Ilocos Sur, Bulacan Pampanga, Zambales, and Tarlac are provinces that experience Type 1 climate in the country, which is dry from November to April and have peak rainy seasons during June and July.

Meanwhile, those experiencing Type 2 climate, specifically those in the eastern side of the country which has peak rainy seasons from October to January, will not benefit from the rescheduling of the opening of classes, Hilario said.

She added that this is based on Pagasa’s 30-year data.

Luistro added that parents in the countryside also oppose the opening of classes in September since this would mean children will still be in school during the months of April and May which is the harvest season for farming communities. It is customary for children to help out during the harvest season, Luistro said.

He added that April and May are the peak months for cultural and religious traditions like family reunions and fiestas, and parents, particularly those coming from the provinces, fear that these traditions will be forgotten if classes will be held during the summer time.

Luistro furthered that in the 70’s, the opening of classes was also moved to September due to inclement weather but the same problems arose.