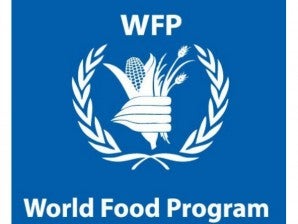 Expressing its sympathies to the Philippines following the devastation wrought by widespread monsoon floods, the food aid agency is working with the Department of Social Welfare and Development to distribute 52.5 metric tons of biscuits at evacuation centers in Metro Manila, Central and Southern Luzon.

“WFP is saddened by the humanitarian impact of the non-stop rains over the last week in the Philippines, and we would like to reiterate our solidarity with the Philippine government during times of emergencies,” WFP Country Director Stephen Anderson said in a statement. “We stand ready to offer our full support to augment government efforts when needed.”

Distributed through the DSWD, WFP’s high-energy biscuits are estimated to benefit some 262,500 displaced individuals.

The biscuits are made of wheat and enriched with vitamins and minerals considered crucial in sustaining evacuees in the first few days of an emergency, when cooking is difficult.

Of the total amount, 39.5 metric tons will be distributed in priority areas in Central and Southern Luzon, benefitting some 197,500 evacuees.

Some 13 tons will e distributed to 65,000 flood-stricken individuals in severely affected parts of Metro Manila, including Marikina, Muntinlupa, Manila, Parañaque and Quezon City.

WFP has also partnered with the Department of Health to deliver ready-to-use supplementary food to some 77,000 flood-stricken children 6 months to 3 years old.

Earlier, Australia and the United States gave close to P100 million in aid to support government efforts in distributing emergency and relief supplies.

The Association of Southeast Asian Nations also pledged to immediately send help the Philippines upon request.