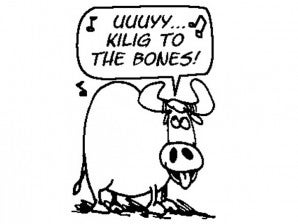 President Benigno Aquino’s visit with the huddled masses in temporary shelters around Metro Manila on Thursday took him to Gen. T. de Leon High School in Valenzuela City where, all of a sudden, the sun that had been hiding since Monday shone and the sky that had since been gray turned blue.

There, also amid the flood victims, was his former girlfriend, Valenzuela Councilor Shalani Soledad, looking more beautiful months after her marriage to Representative Roman Romulo of Pasig City.

Shalani and Mr. Aquino were bound to meet again, as the councilor, like the President, was going around evacuation centers in her city to visit her constituents who had been forced from their homes by floods brought on by three days of relentless monsoon rains.

Mr. Aquino, wearing a black jacket over a yellow shirt, shook hands with Shalani, who looked blooming in a blue T-shirt.

The sight of the former lovers meeting again after breaking up two years ago titillated the rubbernecking evacuees.

“You know, you don’t invite me to Valenzuela these days. But this time, I guess it’s OK to visit you,” Mr. Aquino said to his former sweetheart.

When, in his pep talk to the evacuees, Mr. Aquino acknowledged the presence of Mayor Sherwin Gatchalian, Vice Mayor Eric Martinez and then Shalani, the flood victims broke into cheers. The President had to pause before resuming his pep talk.

Then the President spoke about the government’s plan to build a dike around Meycauayan River to shield Valenzuela, the neighboring cities of Malabon and Navotas, and the towns of Meycauayan and Obando in Bulacan province from floods caused by the river’s topping its banks during heavy rains. The plans include building a station for pumping out floodwaters, Mr. Aquino said.

“I won’t flatter you. This will be an 8-kilometer dike, but it will take two to three years to build, and this will cost around P2.2 billion,” Mr. Aquino said. “We have funds for it,” he added.

Compared with 19 projects undertaken in the aftermath of Tropical Storm “Ondoy” that left a wide swath of devastation in the capital in September 2009, the project’s impact would be more extensive, Mr. Aquino said.

“I came here just to check on you,” he said. Then he continued: “I’m not quite sure whether you’re sad or you’re in the mood to fight. Don’t give up. Your government is prepared to help you out. We will take care of your needs.”

Mr. Aquino acknowledged that this was the first time he came back to Valenzuela since the 2010 campaign, during which Shalani stumped hard for him.

“I got overwhelming support from Valenzuela, that’s why I want to show you our overwhelming attention this time,” he said.

Then he concluded his talk: “I have to say goodbye to you for now. But remember, even if I’m not here, you’re always on my mind.”

On hearing that, a female reporter asked, “Wasn’t that for Shalani?”

“The mere fact that the President is here, as well as the Cabinet secretaries, is a big deal for us because what hit us was stronger than Ondoy,” Shalani later told reporters.

She said some 5,000 residents of Valenzuela fled their homes because of rising floodwaters.

Did she sense that Mr. Aquino sounded more inspired?

Shalani smiled and said, “I think you will be inspired if you have a chance to help this many people.”

She also said “communication lines with the President” remain open.