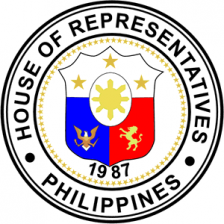 MANILA, Philippines — Following the death of yet another San Beda College of Law student due to hazing, lawmakers on Wednesday discussed ways of protecting the youth from falling victim to violent initiation rites for fraternities.

During Wednesday’s session at the House of Representatives, Kabataan Partylist Representative Raymond Palatino suggested the review on Republic Act 8049 or the Anti-Hazing Law, in reaction to the death of freshman Mark Andrei Marcos.

“It is alarming to note that Mark Andrei Marco’s death is the second hazing fatality recorded for this year alone,” said the lawmaker, referring to the case of San Beda College of Law student Marvin Reglos who died after allegedly undergoing hazing rites of the Lambda Rho Beta Fraternity.

He reiterated his call for lawmakers to review the Anti-Hazing Law, something which he proposed through House Resolution No. 2188 filed last February.

“It is indeed time to plug loopholes and weak points in RA 8049, such as the exclusion of community fraternities and sororities from the mandate of the law, and the exemption of hazing activities perpetrated by military and police training institutions from its coverage,” said Palatino.

He said that Congress passed RA 8049 back in 1995 in reaction to Ateneo law student Leni Villa’s death, also due to hazing. But despite its existence, the lawmaker said that there were hazing incidents up to this day.

Revisiting RA 8049 was necessary in the wake of the new reported cases of fraternity-related violence, he said, pointing out that the idea of a “total ban on fraternities and sororities” would not resolve the issue.

He said that such a move could force fraternities to go underground and even hold authorities liable to “a serious violation of the constitutional right to self-organization.”

He said that the youth need to be reminded “of the real value of organizations – and that is to band together for a common cause that will ultimately benefit, and not downgrade, society.”

Palatino suggested that lawmakers should “expand scope of RA 8049 to include community fraternities.”

He said that schools, officers of fraternities, and owners of homes and establishments where hazing may take place could also be held accountable.