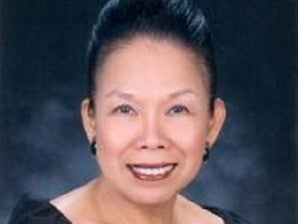 MANILA, Philippines—With another of their law students killed in fraternity hazing after only five months, San Beda College in Manila may be held liable this time for failing to control its fraternities, the Commission on Higher Education (CHEd) said Wednesday.

CHEd chairperson Patricia Licuanan said the commission was “alarmed” by a second hazing fatality from San Beda College—law freshman Marc Andre Marcos, who died in Cavite on Monday—and reminded the school of its “heavy responsibilities and duties” under Republic Act 8049, or the Anti-Hazing Law.

She directed San Beda officials to explain what sanctions the school has imposed on students charged with the death of law freshman Marvin Reglos last February.

“Such acts of violence and injury run counter to the basic values and fundamental principles for which HEIs (higher education institutions) are established. The commission once again calls upon the officials of the college, the officers and members of the fraternity to undertake with utmost urgency all proper and necessary measures to ferret out the truth, investigate with expediency the circumstances leading to the senseless loss of a young life so that the perpetrators of this latest dastardly act would be brought to justice,” Licuanan said in a statement issued on Wednesday.

Another CHEd official expressed dissatisfaction with San Beda’s excuse that the school had already banned fraternities since the death of Reglos during initiation rites by the Lambda Rho Beta fraternity.

“They said they have banned fraternities but it doesn’t solve the problem. The problem is still there,” CHEd executive director Julito Vitriolo said in a phone interview.

He said San Beda has not reported to CHEd’s National Capital Region office the actions it had taken in connection with Reglos’ death and measures to prevent hazing.

CHEd has ordered San Beda once more to investigate the death of their student Marcos, to put a stop to further school violence and to observe the anti-hazing law.

“Under the provisions of the law they (San Beda) might also be liable,” Vitriolo said. “They said before that they were not liable (in Reglos’ death). But if they did not take all precautions and exercised due diligence, they may be held liable.”

That another freshman of the San Beda College of Law was killed in less than six months “is too much, it’s dastardly,” he added. “It means there are so many probable lapses. So there are many fraternities that they did not regulate.”

Following Reglos’ death in February, Licuanan issued an urgent directive to all colleges and universities to strictly comply with the provisions of RA 8049 and to immediately submit a list of fraternities and sororities existing on their campuses and their officers.

San Beda College replied in writing, saying it “does not recognize fraternities, sororities or similar organizations” while acknowledging that “hazing incidents are serious administrative offenses, explicitly classified as major offenses.”

“Considering that they are not recognized, the school could not therefore submit, as of this time, a certified list of officers and members” of fraternities and sororities, San Beda wrote CHEd.

CHEd said other schools submitted an inventory of fraternities and sororities on their campuses.

CHEd once again called on the officials of the College, the officers and members of the fraternity to undertake with utmost urgency all proper and necessary measures to ferret out the truth, and investigate with expediency the circumstances leading to the senseless loss of its two students “so that the perpetrators of this latest dastardly acts would be brought to justice.”—With Maila Ager, INQUIRER.net