Minority bloc’s withdrawal of support for RH Bill shrugged off 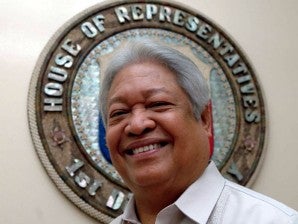 MANILA, Philippines — Lawmakers supporting the controversial Reproductive Health Bill belittled Tuesday the withdrawal of support for the measure by members of the minority bloc.

Albay Representative Edcel Lagman, one of the bill’s principal authors, said that he was not at all bothered by the issue.

He said this in reaction to minority leader Danilo Suarez’s announcement that eight of their members have pulled out their support for  House Bill 4244.

House deputy majority leader Iloilo Representative Janet Garin echoed Lagman’s statement and said that they did not see the opposition bloc’s withdrawal as a loss.

She expressed confidence that the votes of the 145 to 150 lawmakers in support of the RH Bill would be enough.

Members of the House of Representatives are scheduled to vote on either terminating or continuing the period of debates on the RH Bill by August 7.