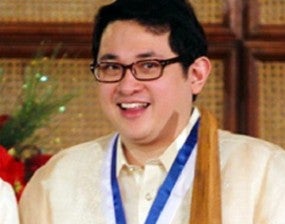 August 21 is bound to be doubly significant for President Benigno Aquino’s family as his cousin, Paulo Benigno “Bam” Aquino IV, is expected to announce his candidacy for the Senate on that day.

The date marks the 29th anniversary of the assassination of Bam Aquino’s uncle and the President’s father, former Senator Benigno “Ninoy” Aquino Jr., the event that catapulted the Aquinos to Malacañang.

In a text message, Bam Aquino did not confirm the date but said that “the official announcement should come within August.”

The younger Aquino, who received the personal blessings of his older cousin, the President, to follow in the latter’s footsteps in the Senate, expressed confidence he would be included in the administration party’s senatorial list.”

“I thought it best to join the President’s party,” he said.

Last week, the Liberal Party’s affiliate group of young turks—the Kabataang Liberal (“Kaliber”) and LP Youth Network—came out to endorse Bam Aquino’s inclusion in the administration’s senatorial slate. They also decribed him as the first of the Facebook generation and of the Edsa babies generation to run for the Senate.