53 rescued after passengers ship ran aground in Romblon 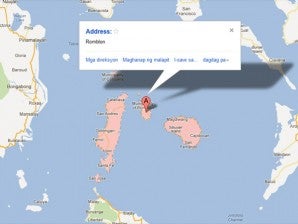 MANILA, Philippines – At least 53 passengers were rescued while four others were missing, when a passenger ship ran aground while seeking refuge from rough seas Sunday night, a police spokesman said Monday morning.

The ship, which was from Dumaguit, Kalibo, Aklan and was headed to Odiongan, Romblon, tried to seek refuge from the rough seas brought by tropical storm “Gener.”

The ship captain, Eric Solideo, issued an abandon ship order when the ship began to take in water, Cruz said.

At around 5 am Monday morning, 53 of the passengers onboard were rescued by the Philippine Coast Guard, he added.