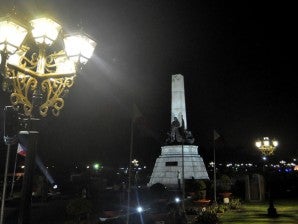 Rizal park in Manila. PHOTO BY RICHARD A. REYES

MANILA, Philippines—Councilors are mulling enforcing a ban on the construction of buildings that might affect the overall vista of national heritage sites in the City of Manila, such as the Rizal Park or Luneta.

Construction of buildings, particularly high-rise structures that might “ruin the line of sight of any historical and cultural site or monument” is strictly prohibited,” the proposed measure read.

Commenting on the measure, Bagatsing said he wasn’t hindering the development of the city, which has indeed degenerated over the years.

“Rather, this is an urgent call for responsible urban development, as well as, a heartfelt plea for the preservation of the cultural-historical integrity of the Rizal Shrine and other national monuments situated within Manila,” he told the Inquirer.

He said the measure was spurred by the “hasty” issuance of building permits to developer DMCI, which has been set to build a 41-story condominium along Taft Avenue.

Opponents of the project said the condominium called Torre de Manila would impair the majestic view of Rizal Shrine, with Bagatsing describing the building as a “sore thumb.”

The draft ordinance likewise required condominium developers seeking to construct buildings near historical areas to seek a dialogue with the National Historical Commission of the Philippines, among other agencies, before pushing through with any projects.

Violators face a P5,000 fine on the first offense and a one year prison term. City Hall may also revoke any permits issued in their favor.