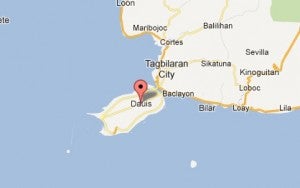 MANILA, Philippines–Philippine police officials say they have arrested a man who has confessed to killing his 68-year-old Belgian employer with an ax and then setting a fire to cover up the crime.

Chief Supt. Marcelo Garbo says the 29-year-old Filipino admitted he hit Steegmans Florent several times in the head with an ax at the Belgian’s Internet cafe in central Bohol province before setting the shop on fire.

Firefighters who put out the blaze discovered Florent’s body inside the shop.

The Belgian had a Filipino wife. His hometown was not immediately known.