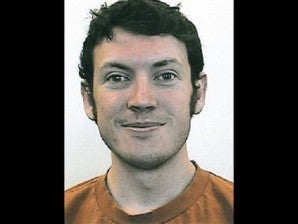 WASHINGTON—The man accused of committing the Batman movie attack applied to join a private gun club a few weeks ago but his paperwork appeared suspicious and he was not approved, a report said Sunday.

The owner of Lead Valley Range, in Aurora, Colorado, telephoned suspected shooter James Holmes, 24, shortly after receiving his application on June 25, and was greeted by a “bizarre and creepy” voicemail greeting.

“I could make out ‘James’ somewhere in it,” Rotkovich was quoted as saying on the FoxNews website, which carried a redacted version of Holmes’s emailed application form.

The suspected gunman stated that he had no convictions for domestic violence, was not facing any pending criminal charges, was not using illegal drugs, and was not prohibited by the law from possessing firearms.

The email that accompanied the form was signed, “Cheers, James,” the report said.

“If I’d seen the movies, maybe I’d say it was like the Joker,” Rotkovich said, referring to the Batman villain whom Holmes is said to have imitated in his attack at a screening of “The Dark Knight Rises,” in Aurora.

The attack in the early hours of Friday killed 12 moviegoers and injured 58.

The massacre has re-opened a debate about gun control in the United States.

New York City Mayor Michael Bloomberg urged both candidates in the upcoming US presidential election, Democrat Barack Obama and Republican Mitt Romney, to address the issue of gun ownership during their campaigns.

“There are so many murders with guns every day, it’s just got to stop,” Bloomberg said on the CBS show “Face the Nation.”

Friday’s shooting has evoked memories of the Columbine massacre of 1999, when two high school students shot and killed 12 of their contemporaries and a teacher.

“All around the world there are people who are losing their lives in senseless deaths,” Columbine High School’s current principal Frank De Angelis told AFP. “What’s wrong in our society is that people just do not value life.”