OK all the way, thumbs down on quite a few | Inquirer News
Close
menu
search

OK all the way, thumbs down on quite a few 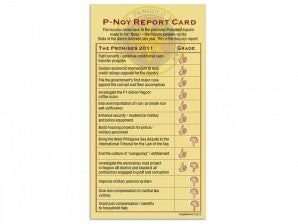 In May, the Social Weather Stations (SWS) found that self-rated poverty dropped to an estimated 10.3 million Filipino households, or 51 percent of total households in the country. The figure declined from the 11.1 million households, or 55 percent, recorded in March.

Those who said they were poor in terms of food accounted for 39 percent, which translated to approximately 7.9 million households, a drop from the 45 percent or 9.1 million families recorded in March.

The Philippine economy grew by only 3.7 percent in 2011, below the government target of 4.5 to 5.5 percent, amid external economic problems and government underspending on infrastructure in the second and third quarters.

However, in the first quarter of 2012, the country’s gross domestic product grew by 6.4 percent, which was on record as the highest in Southeast Asia and the second highest in Asia. Romulo A. Virola, secretary general of the National Statistical Coordination Board (NSCB), attributed much of the growth to the services sector (4.7 percentage points), followed by industry (1.6 points), and agriculture, fisheries and forestry (0.1 point).