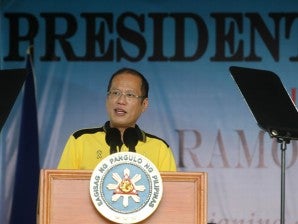 MANILA, Philippines—The nation is still counting down the days to hear what President Benigno Aquino III will say in his third State of the Nation Address (Sona) but that does not stop lawmakers from speculating and suggesting issues which they think should be tackled.

House Majority Leader Neptali Gonzales II has earlier said he hoped Aquino would tell the people about the administration’s direction for the economy.

This was echoed by Iloilo Representative Janette Garin, senior deputy majority leader, who said that Aquino was likely to tackle “economic achievements of the administration and the progress on its transparency and good governance agenda, and their good effects on our country.”

Aside from those two topics, Garin expects the President to endorse the controversial Reproductive Health Bill, which has been undergoing plenary interpellations since May 2011. Garin sits as vice chairperson of the House committees on health and on population and family relations.

The fate of the said bill has recently been brought up by lawmakers after Gonzales said there might not be enough time left to tackle the measure.

Other issues Garin hopes would be included in the Sona were the pro-poor programs under the Department of Social Welfare and Development, the territorial conflict between the Philippines and China, and the advantages of the recently approved sin tax reform bill.

Valenzuela City Representative Magtanggol Gunigundo, another deputy majority leader, said the Sona might shed light on how much has been accomplished in the Eight Millennium Development Goals (MDG).

But whatever it is that Aquino tells the nation on July 23, Speaker Feliciano Belmonte Jr. said that what was important was the Chief Executive “says it very clearly.”

He said with the 15th Congress coming to a close in a year’s time, they hoped to learn what should be prioritized for Aquino’s four more years as President.