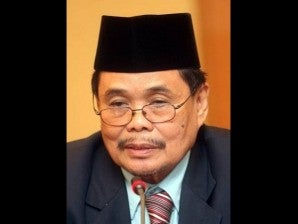 The MPW is composed of nine networks which “engage the peace process by bringing it closer to the public.” Among the members are the Peace Advocates of Zamboanga led by Claretian missionary Fr. Angel Calvo. Another member is the Mindanao People’s Caucus.

Consequently, a transition government, to be called a Transition Commission (Transcom), must be created to oversee the establishment of the new autonomous political entity by 2016, the MPW further proposed.

Although elections to elect regional ARMM officials would be scrapped, the group said local elections must proceed “with local government accountability remaining with the national government.”

The Transcom would need to be invested with powers by Congress, the MPW further said.

The MPW proposal is the first proposal from civil society groups that outlined a concrete formula related to a substantive issue in negotiations for political settlement to end over 40 years of Moro rebellion in Mindanao.

On Monday, the peace panels will meet in Kuala Lumpur in a bid to bring the 15-year negotiations closer to conclusion. And transition is expected to take center stage.

In a statement, the MPW said its proposal offered “a better scenario that presents a better option for acceptability by the key peace actors.”

The ARMM election has been synchronized with the national schedule beginning 2013. Republic Act No. 10153 scrapped the scheduled regional polls last year and granted President Aquino powers to appoint interim officials.

Acting ARMM Gov. Mujiv Hataman told the Philippine Daily Inquirer his leadership “will support any transition formula that is legally and politically viable.”

“Another postponement of polls would be a stretch but it would be acceptable if it is a product of the negotiations to end the decades-old rebellion,” said Samira Ali-Gutoc, women sector representative in the ARMM’s Regional Legislative Assembly (RLA). “The RLA supports the ongoing peace process, including its outcome.”

The movement Waging Peace Philippines has also expressed support to the proposal to forego the ARMM elections to pave the way for a peace transition.

This means that the peace transition should start between January and June 2013, which further means that a peace pact is already in the offing.

President Aquino steps down from office on June 30, 2016.

According to the MPW proposal, transitory mechanisms must be installed immediately as soon as the parties “sign an interim peace agreement.”

Read Next
Marawi students claim being ‘forced’ to register for ARMM polls
EDITORS' PICK
CopperMask Philippines shows support for Miss Universe Philippines 2020 Rabiya Mateo
Palace doesn’t see tension in WPS, only Duterte haters incite it
Re-imagining EdTech and the classroom in a post-pandemic era
As vaccine injection rate rises in PH, questions linger on how long it would take to reach herd immunity
A Spanish Celebracion with Crimson Mactan’s ‘Enye at Home’
Retired military, police execs call for unity vs China aggression
MOST READ
‘Check your facts:’ Trillanes disputes Enrile claims on 2012 back-channel talks with China
Mexico wins Miss Universe title but Myanmar steals show
Pangilinan on China’s threat if PH digs oil in WPS: Why should we be scared?
Retired military, police execs call for unity vs China aggression
Don't miss out on the latest news and information.