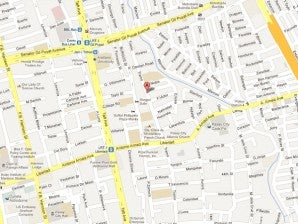 He said the fire, which was reported to authorities at 3:04 p.m., spread quickly as the houses there were made mostly of combustible materials.

No casualties have been recorded so far. Bermejo added that investigators were still conducting interviews and scouring through the fire scene to establish what caused the blaze.