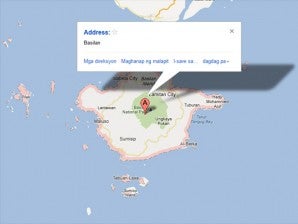 The four-vehicle convoy, which also carried armed security escorts from a government militia, was on its way to a remote rubber plantation when it was attacked at 6 a.m., Army spokesman Major Harold Cabunoc said.

“The (militia) members who escorted the civilian workers managed to return fire, forcing the lawless elements to retreat in different directions with their own casualties,” Cabunoc said in a statement.

Six workers were killed, while 22 others, including two militiamen, were wounded, he said.

No group claimed responsibility for the attack on Basilan island, although local police and the farm cooperative’s manager said they suspected the Al Qaeda-linked Abu Sayyaf group.

Taha Katu, the cooperative’s manager, said prior to the attack they had received extortion letters purportedly from the Abu Sayyaf demanding payment of over $1,000 a month, in exchange for not being harmed.

Basilan is a rugged, jungle-clad island in the southern Philippines. It is a known stronghold of the Abu Sayyaf and farm workers commonly travel with armed escorts.

The Abu Sayyaf is a small Islamic militant movement that has been blamed for most of the country’s worst terror attacks as well as the kidnapping of foreigners. Julie Alipala, Philippine Daily Inquirer