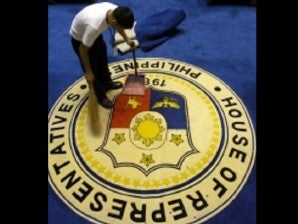 MANILA, Philippines – The Presidential Security Group inspected the House of Representatives on Monday in preparation for President Benigno Aquino III’s third State of the Nation Address on July 23, 2012.

The PSG thought it was best to conduct the inspection early for better coordination on security measures  in time for the President’s SONA, a Radyo Inquirer 990AM report quoting Oscar Curitana, supervisor of the House legislative security bureau.

Curitana said the PSG vowed to implement stricter security measures to the point that even members of the media will no longer be allowed access to restricted areas like they did during Aquino’s past SONA.

Listen to Radyo Inquirer 990AM for more reports.