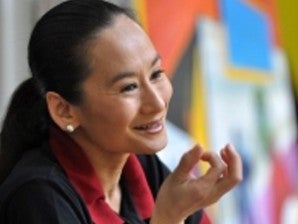 Santiago sent a letter to the National Commission for Culture and the Arts to formally nominate Macuja-Elizalde, whom she described as the  “ballerina of the  people.”

She also filed a resolution in the Senate, nominating the ballerina. The Senator likewise urged President  Benigno Aquino III to confer the National Artist Award for Dance on  Macuja-Elizalde.

“No Filipina ballerina has yet surpassed the recognition and pride Lisa Macuja-Elizalde has brought to the Philippines,” Santiago said.

“She is the embodiment of talent, creativity and imagination, technical proficiency of the highest order, grace, and humanity that makes her worthy of the title of National Artist,” she added.

In her resolution, Santiago cited the many national and international citations and recognitions that  Macuja-Elizalde has received for her outstanding contribution to ballet and society.

“Lisa’s contributions to Philippine culture and the arts, and to Philippine society as a whole, should not go unrecognized. She is a rare gem, a talent that comes only once in a lifetime,” Santiago said.