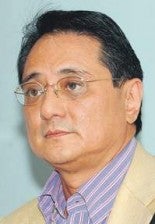 The squabbling heirs of the late Negros Occidental Representative Ignacio “Iggy” Arroyo may have to wait awhile before they can divide his estate.

The Bureau of Internal Revenue (BIR) on Thursday said it had “reminded” several banks to temporarily put on hold any transactions on the accounts under the name of Arroyo until his family settles the 30-percent estate tax to the government.

The heirs have three weeks left to file the necessary papers with tax authorities, according to Internal Revenue Commissioner Kim S. Henares.

“There is no need to have the accounts frozen because by operation of law, once a bank account holder dies, nobody is allowed to withdraw from such funds,” she explained, downplaying insinuations that politics was behind the BIR’s move. “The heirs cannot do anything (with the accounts) until they file the returns.”

No moves by BIR

Henares, a certified public accountant and lawyer, also said the BIR has not made any move regarding Arroyo’s bank accounts since the prescribed period has not lapsed.

Arroyo, 61, who died of complications of cirrhosis of the liver on January 26 in London, reportedly left a huge fortune.

Arroyo had been accused of merely acting as a dummy of his brother Jose Miguel and the latter’s wife, detained former President and now Pampanga Rep. Gloria Macapagal-Arroyo.

Henares said the tax bureau has yet to ascertain Arroyo’s actual assets, saying the BIR had requested a copy of his latest statement of assets, liabilities and net worth to determine his gross estate.

“Actually, even if we did not write to the banks, they already know that. Because if they allow to move (Arroyo’s) assets without tax clearance, they will have criminal liability. It’s an automatic provision of the law,” she said.

“Our (letter) is just an additional reminder that they have an obligation not to release the deposits and other assets of a deceased person without clearance from the BIR,” she added.

Henares said lawyer Lorna Kapunan, the counsel of Arroyo’s wife Aleli, had already submitted a notice of death to the BIR.

Citing the provisions of the National Internal Revenue Code of 1997, the BIR chief said the heirs should file a notice with the BIR within 60 days after the death of their loved one.

The family would then have six months months to settle the estate tax. In the case of Arroyo, his heirs would have until July 26 to pay the necessary taxes to the government.

Henares added that the heirs could only access the assets and bank deposits specifically listed in the tax clearance from the BIR.

She also clarified that the BIR would not interfere in the legal squabble over Arroyo’s estate between Aleli and the late lawmaker’s long-time partner, Grace Ibuna.

“We really don’t determine who should be the legal heirs. Our job is only to process the estate tax before the assets could be divided among the heirs. As to how the estate should be divided, we’ll leave them to fight over it. The government will not join the fray,” Henares said.

The controversial Aleli and Ibuna tug-of-war over Arroyo’s remains was said to be actually a fight over the control over the late lawmaker’s estate.

Kapunan had said that Ibuna produced documents showing Ignacio’s last will to support her claims that she had sole right over his body and his assets.

“Ibuna betrays her real intentions when she produced in the

UK court documents purportedly signed by Congressman Iggy naming her as the beneficiary of all his assets, excluding the legal wife and three daughters,” Kapunan said.