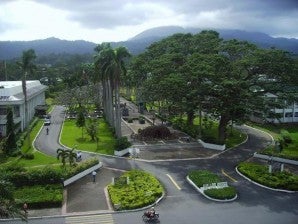 University of the Philippines Los Baños campus PHOTO FROM FACEBOOK.COM

MANILA, Philippines—As students flock to other popular courses, enrollment in agriculture has been declining in the last few decades, posing a “serious threat” to the country’s food security, according to a researcher at the University of the Philippines Los Baños.

Speaking at a recent agritourism conference, Jesusita Coladilla of the UPLB School of Environmental Science and Management (Sesam) bared that fewer students have been taking up agriculture at the university, the country’s premier agricultural studies school.

Coladilla noted that only 4.7 percent of roughly 9,300 undergraduate students at the university were enrolled in the course this school year, a drastic decline from 43 percent in 1995 and 51 percent in 1980.

This trend would “undoubtedly pose a serious threat [to] the country’s agricultural labor force and the country’s food security” if it continued, Coladilla said.

“The trend is similar in other higher education institutes offering BS Agriculture programs, an indication that agriculture is becoming the least appealing career choice,” she said.

Figures from the Commission on Higher Education affirmed Coladilla’s observation.

When lumped together with other courses like forestry, fisheries and veterinary medicine, agriculture has seen a decline in enrollment in the last seven years, with total number of students numbering 61,901 this year, a dip from 63,913 in school year 2005-2006.

Coladilla made the remarks at the 1st National Agritourism Research Conference held by the Southeast Asian Regional Center for Graduate Study and Research in Agriculture (Searca) and the UP Diliman Institute of Tourism.

Held at the UPLB last week, the conference gathered some 60 participants from the academe, government agencies and the private sector to tackle initiatives, research and other programs on agri-tourism, an area being explored to rekindle interest in farming.

One of the methods being explored now is to bring elementary and high school children to successful farms, in hopes of reversing the mindset tilted against agriculture. As Coladilla noted, “even a typical farmer would not advise his children to get into agriculture for a career.”

“Exposing them to prosperous agricultural farms could be one approach. Promoting agritourism could make children have a feel of a thriving business and encourage enrollment in agriculture,” said Coladilla in remarks sent through a statement.

Coladilla took the lesson from assessing a two-week training on crops, livestock and sustainable production offered by Sesam and Wageningen International, a Dutch agency that leads development research collaborations.

During the training, participants from around Asia, Africa, Europe and the US traveled to hog, poultry, goat and dairy farms to see best practices. Coladilla’s assessment showed that the two-day field trip was “the most appreciated and most remembered” part of the training.