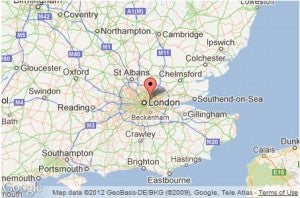 LONDON, United Kingdom – Nine men will appear in British courts Monday following the murder of a young man at a shopping centre near London’s Olympic Park less than a month before the start of the Games.

Liam Woodards was stabbed to death on Friday after a fight broke out at the Westfield shopping mall in Stratford, east London, which will be the main gateway to the Games starting on July 27.

A post-mortem examination revealed that Woodards, who was from Stratford, died from a stab wound.

Police said inquiries were ongoing into the murder which happened as hundreds of people were touring the Olympic Park on Friday.

Britain is mounting its biggest-ever peacetime security operation for the Olympics — which run to August 12 — deploying more than 40,000 security personnel.

Scotland Yard said three men arrested Friday over Woodards’ death had been charged with violent disorder along with another six arrested on Saturday.

All nine men come from the east London area.

A 20-year-old man also arrested in connection with the incident has been bailed to return to an east London police station in July while a 23-year-old man was cautioned for affray and released with no further action.