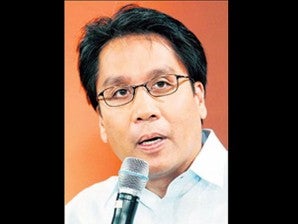 Here comes a different version of the Bolinao “ramming” incident—it may not have happened after all.

From interviews with the Pangasinan survivors, the foreign cargo vessel previously thought of as having rammed and sunk the fishing boat AXL John might not even have hit it, although it might have sunk the boat because of the big waves it kicked up as it was passing through.

One fisherman was killed, four others were missing while three survived when the fishing boat sank on June 20 in the West Philippine Sea (South China Sea).

Quoting the three surviving fishermen of the AXL John, Transportation Secretary Manuel Roxas II on Thursday said the fishing boat sank after the foreign vessel, believed to be registered in Hong Kong, swept past them with great force.

Roxas said that before the cargo vessel surged past, the two-engine fishing boat was already docked in an artificial reef after experiencing motor problems.

What might have happened was that the huge waves kicked up by the passing vessel rocked the fishing boat, according to Roxas.

“There were big waves and the more they (the fishermen) were battered (lalo silang naalog),” Roxas said.

Roxas said it was possible the foreign vessel did not see the boat, or saw it and tried to avoid it.

“We really do not know. This is all speculation,” he added.

Roxas told reporters it was better to wait for the outcome of the investigation of the Philippine Coast Guard (PCG), which has already coordinated with the Hong Kong maritime department.

Roxas and Vice Admiral Edmund Tan, head of the PCG,  said they were awaiting the reply of the Hong Kong authorities to their request to locate the foreign vessel.

The survivors earlier said their boat was struck by a cargo vessel that bore markings on the stern reading  “Hong Kong” and other markings that looked like Chinese characters.

Roxas said the survivors were starting to get better from the hypothermia they had suffered and were able to give their version of what happened.

Asked what specific charges the government might file against the cargo vessel, Roxas only said there was a maritime convention that required ships to “give succor and assistance if you pass by an accident or to someone needing help” at sea.

But he said he did not know if there was a penalty for violation of this particular convention.

Roxas said the PCG helicopters combing the area where the boat sank had not spotted any sign of it.

On Thursday, as Tropical Storm “Dindo” crossed northern Luzon, the Coast Guard suspended its search for the missing fishermen.

Navy Lieutenant Jomark Angue, operations officer of the PCG district in northwestern Luzon, said the storm had prevented his men from resuming their aerial and surface search operations.

“But we are still conducting foot patrols along the coastal areas of the Ilocos provinces,” Angue said in a telephone interview.

On Wednesday, the PCG deployed a helicopter and a tugboat to scour the waters west of Ilocos Sur for the missing Amante Resonable, Fred Celino, Arnold Garcia and Domy de los Santos of Bolinao town in Pangasinan.

Four of their companions were rescued by fishermen from Magsingal, Ilocos Sur, four days after the incident. One of them died in a hospital in Vigan City.

Angue said that after eight days, there was a slim chance the missing fishermen could still be found. “But we will not stop until we find them, dead or alive,” he said.

Bolinao Mayor Alfonso Celeste said the only hope the four were alive was if they had been picked up by foreign ships.