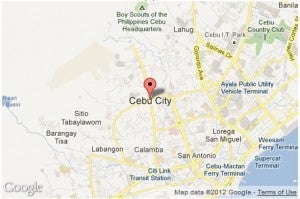 The Cebu City Council passed on Wednesday an ordinance that prohibits parents, guardians, relatives, teachers, nannies and househelp from inflicting pain or causing humiliation in disciplining children under their care.

Among the acts prohibited by the ordinance are shaving of a child’s hair as a form of punishment, verbal abuse, spanking or hitting, slapping and kicking a child, intimidation, neglecting a child’s needs, exposure to the heat of the sun or rain.

Exposing a child to hazardous substances is also prohibited, as are pinching of the ears, shaking, pulling of hair, forcing a child to kneel on rough surfaces, and twisting of joints.

Violators of the ordinance, which is to take effect 15 days after publication, face fines of up to P5,000 and/or imprisonment of not more than six months, depending on the discretion of the courts.

Councilor Leah Japson explained that the council was not trying to take away the parents’ rights to discipline their children and that the ordinance simply prohibits physical abuse on a child.

“Just because they are our children does not mean we may beat them,” she said

Councilor Alvin Dizon said a 2005 survey conducted by the non-governmental group  Save the Children in the Philippines showed that most parents in the country physically abused their children.

He said that 85 percent of the children surveyed claimed they were punished in their homes.

At least 82 percent of the respondents said they were hit in different parts of the body, said Dizon.

Councilor Jose Daluz III, a lawyer, said parents should be exempted from ordinance because the parents have a right to discipline their children. Discipline would sometimes include spanking the child, he added.

His views were supported by Councilor Ronald Cuenco.

“Whether the punishment is justifiable or not, parents should not be made liable because it is a right of the parent to discipline their children,” he said.

In the end, the two councilors could not convince the 11 others who voted in favor of the passage of the ordinance. Three councilors were absent during the session on Wednesday while two others were outside the session hall when the voting was conducted.

Section 5 of the ordinance provides that anyone can report any child abuse to the barangay police or a health care provider who will in turn refer the case to the Department of Social Welfare and Services.

The DSWS will then assess the case and determine if there is a need to charge the violator in court.

First-time offenders will be recommended for psychological intervention, including counseling, anger management and referrals to rehabilitative services.

Repeated violations will result in the filing of charges in court, said Councilor Japson.