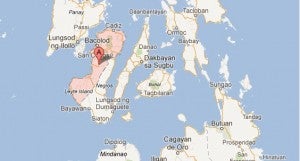 MANILA, Philippines—The soldier who was killed by suspected New People’s Army (NPA) rebels in Negros Occidental Tuesday was found to have been shot at least five times as he was lying on the ground.

Witnesses recounted how Ilisan, unarmed at the time, in the back four times and then shot at the front one last time as he and his fellow soldiers were on their way to the market to buy food for the group.

Lieutenant Colonel Rodrigo Sosmeña, Commander of the Army’s 47IB, condemned the killing saying “this does not reflect of a revolutionary anymore. This is no different from what hardened criminals do. They have no regards [for] the safety of the people; they killed, they looted, and abused the right of Pfc Ilisan.”

Ilisan’s personal belongings in his bag were also taken after he was killed, Ileto said.

Earlier reports said that at least three rebels were involved in the attack against Ilisan and his fellow soldiers who were in the community to help villagers with “their land ownership and tenurial concerns.”

“The killing of Pfc Ilisan who is doing community peace and development works is not only an attack to the unit but to the farmers and the peace loving people of Sipalay city. This is a plain display of desperation on the part of the NPA who cannot accept that they are already alienated from farmers’ support,” Sosmeṅa in an earlier statement.