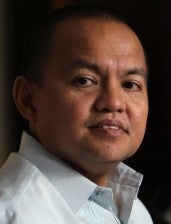 “The ceasefire is holding,” said lawyer Marvic Leonen, noting that the last armed encounter between the two belligerents was the massacre in Al Barka, Basilan, in October 2011.

Instead of abrogating the ceasefire and ordering the military to go after the perpetrators, President Benigno Aquino launched what he called a campaign for “all-out justice” against the  “lawless elements” responsible for the massacre of government soldiers.

“There was no spillover of the [Al Barka] incident,” Leonen said.

The Office of the Presidential Adviser on the Peace Process (Opapp) attributed the rise in the number of clashes in 2008 to the foiled Memorandum of Agreement on Ancestral Domain (MOA-AD).

The Opapp said the improvements on the ground have been complemented by national and international studies.

It cited the 2012 Global Peace Index, in which the Philippines was among the top five nations to have registered “improvements in peacefulness.” The four others were Sri Lanka, Zimbabwe, Bhutan and Guyana.

It said the Philippines’ high score was a result of improvements in the indicators, which are the homicide rate, the number of deaths from internal conflict, the likelihood of violent demonstrations, and the incidence of terrorist acts.