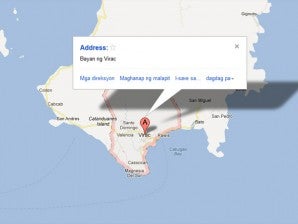 MANILA, Philippines – The sudden increase of cholera cases in Virac, Catanduanes has prompted the Department of Health to declare a cholera outbreak,  the National Disaster Risk Reduction and Management Council reported on Wednesday.

Since January, 18 were reported dead due to diarrhea, with 1,370 validated cases.

On June 11, the municipality of Virac already declared a state of calamity due to the surge of cholera cases, the NDRRMC said.

The suspected source of contamination was the improvised spring in Sto. Domingo river used by affected communities as their source of drinking water near the quarry site, the report said.

A medical team was sent to assess the situation and distribute purified water to the affected areas. Medicines and treatment were also given to the victims.

At stake is UP’s autonomy