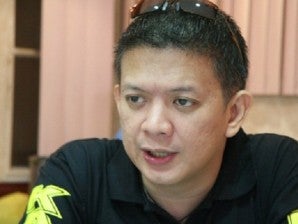 The Judicial and Bar Council (JBC) on Monday opened the selection process for the 24th Chief Justice of the Philippines to live media coverage, yielding to what it said was a growing public clamor for transparency in the judiciary following last month’s ouster of Renato Corona as the country’s chief magistrate.

Senator Francis Escudero, an ex-officio member of the JBC, said the eight-member body unanimously agreed during its regular meeting to remove Section 5, Rule 10 of the JBC, which barred the recording of any part of the panel interviews with the nominees.

“This is important to allow our countrymen to be involved in every step and every stage of the selection for the next Chief Justice,” Escudero told reporters.

Acting Chief Justice Antonio Carpio and Justice Secretary Leila de Lima, both ex-officio JBC members, inhibited themselves from the proceedings because they were among the nominees.

Escudero said the JBC also agreed to extend Monday’s 5 p.m. deadline for application and nomination for the seat vacated by Corona to July 2.

“We voted to amend the rules of the JBC regarding the live [media] coverage of the public interviews and we deleted the provision which prohibited it. In other words, members of the media may now cover the interviews to be conducted by the JBC,” he said.

Lawyer Jose Mejia, who represents the academe in the JBC, said the move was “basically for transparency.”

“There is a clamor for it given the fact that transparency [in the judiciary has become controversial],” Mejia said in a separate interview.

Call of the times

“This is a very, very important vacancy. It involves the highest position in the judiciary and the fifth-highest official of the land,” Guerra said in a news briefing.

Milagros Fernan-Cayosa, the representative of the Integrated Bar of the Philippines in the JBC, said the media broadcast would only be limited to the panel interviews.

She said the body would still have to discuss if it would also allow the media to attend the deliberations and voting sessions of the JBC.

“We are still studying that. We will go one step at a time. At this point, we just want to concentrate on the panel interviews and the executive committee was requested to look into the matter so we can give our recommendation to the court en banc,” Cayosa said.

She said guidelines for media coverage would be discussed on Thursday.

Escudero said he himself proposed the live TV and radio broadcast of the public interviews.

But Mejia said the JBC  acted on the letter of Senator Francisco Pangilinan and Vincent Lazatin of the anticorruption watchdog, Transparency and Accountability Network.

“There has always been a formal request, but in the past, it was not favorably acted upon. So now that it was reiterated, the body discussed it and the decision is to allow live media coverage,” Mejia explained.

Extending the period of nomination and application for another two weeks was requested by some individuals, Escudero said.

“I don’t see any harm in allowing more applicants that the JBC would vet for more names to submit to the President,” the senator said.

“The wider the choices and the longer the period of time we give everyone to apply and make known their intentions is better so that we don’t fail again in choosing the next Chief Justice.”

Because of the adjustment, Escudero said the JBC might be able to release the long list of contenders on July 7.

He said the body may submit the short list of nominees to Mr. Aquino on July 30.

He stressed that it would not delay the 90-day period within which the President must name Corona’s successor as stated in the Constitution.

“That would give the President at least a month to appoint the next Chief Justice.”

“This is a time when restoring faith in the judiciary and the courts is a cause that calls for the broadest participation and the widest possible pool of candidates,” presidential spokesperson Edwin Lacierda said.

“What is at stake at the end of this exercise is for the JBC to present a list of meritorious nominees for the consideration of the President,” he added

Lacierda called the selection of a new Chief Justice  a “landmark moment in our collective effort to achieve judicial reforms.” With reports from Christine O. Avendaño and Tetch Torres