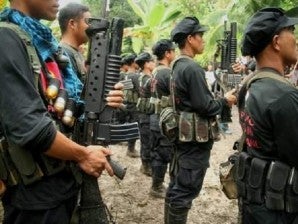 Communist negotiators met with their Philippine counterparts in the Norwegian capital Oslo last week to break a six-month impasse, the rebels’ political arm, the National Democratic Front, said in a statement.

Both sides “have agreed to continue meaningful discussions… to pave the way for resumption of the formal talks in the peace negotiations in order to resolve the armed conflict,” the group said.

It said discussions last week focused on the rebels’ demands for Manila to release dozens of comrades it said were advisers to the talks and should be covered by immunity from arrest.

The statement added that the group was also prepared to implement a joint ceasefire offered by the government, but gave no dates of when such a move would take place.

The government’s chief negotiator for the rebels, Alexander Padilla, was not immediately available for comment.

The NDF is the political front of the underground Communist Party of the Philippines (CPP), which has waged a Maoist rebellion since 1969 that has left thousands dead.

Its leader, Jose Maria Sison, has been in self-exile in the Netherlands for over two decades and Norway has been hosting the on-again-off-again talks.

The government has said the movement’s armed wing, the New People’s Army (NPA), is largely deflated after years of losses in the battlefield with only about 4,000 fighters nationwide as of 2011 from a peak of 26,000 in the 1980s.

President Benigno Aquino III’s government re-opened peace talks with the communists in February last year, with both sides agreeing to work towards a June 2012 deadline to sign a peace deal.

But the talks were bogged down by the communists’ demand to release detained comrades and a string of deadly rebel attacks.

In April, the guerrillas launched their most audacious strike in recent years, killing 11 soldiers and a civilian in an ambush on three army convoys led by a senior military official in Luzon island.