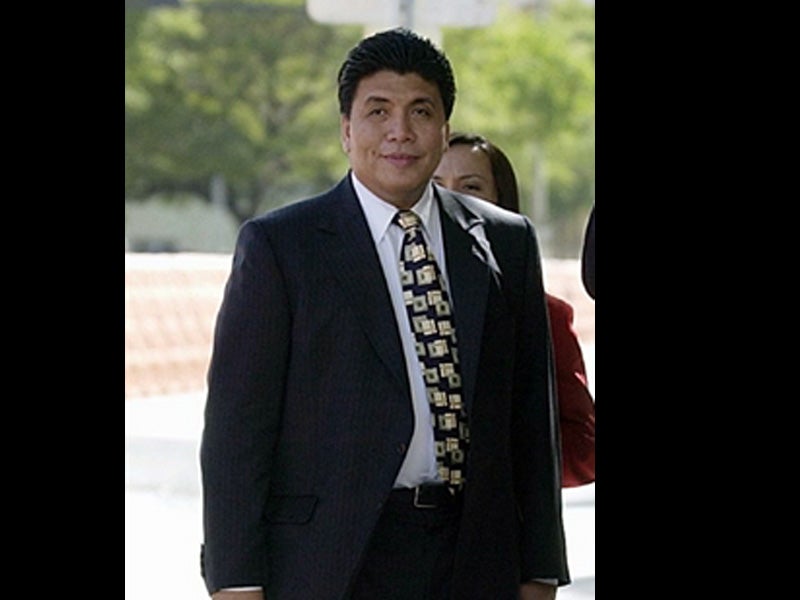 The Ombudsman on Monday ordered the dismissal and perpetual disqualification from public office of Local Water Utilities Administration (LWUA) Chair Prospero Pichay over the agency’s unauthorized investment in a rural bank two years ago.

Casimiro, ruling on the administrative case, found the three officials liable for grave misconduct, and imposed the penalties of perpetual disqualification from public service and forfeiture of all benefits on them.

Contacted by the Inquirer, Pichay’s secretary Charlotte Uy said Pichay, a former congressman, would not comment on the matter at this time. He had been suspended from office in May.

He can still file an appeal.

The LWUA officials are also facing separate criminal charges in the Department of Justice.

The complaint that led to the officials’ dismissal was filed by LWUA employees led by Rustico Tutol.

Casimiro said that Pichay allowed LWUA’s P780–million investment in Express Savings Bank without any memorandum of agreement and without any authority from the Monetary Board of the Bangko Sentral ng Pilipinas.

The Government Corporate Counsel had also said that the investment required the prior review of the Department of Finance.

The Office of the President’s approval of the bank acquisition was obtained four months after LWUA got the bank, it added. Rep. Gloria-Macapagal Arroyo was president then.

In its earlier resolution ordering Pichay’s suspension, the Ombudsman had also taken note of the Commission on Audit report that said LWUA’s investments in the bank were contrary to the 2009 budget.

Pichay earlier branded his suspension as “political harassment” and defended the LWUA’s acquisition of the bank.

According to him, getting a recommendation from the Office of the President or the Department of Finance was unnecessary because the agency was not creating a new bank or acquiring a government enterprise.

Pichay was a staunch ally of former President Arroyo.

He is not the only one among Arroyo’s allies who has come under fire from the Office of the Ombudsman as of late.

The Office of the Ombudsman also filed plunder charges against former agriculture officials Jocelyn Bolante and Luis Lorenzo in connection with the scam.

Casimiro temporarily replaced former Ombudsman Merceditas Gutierrez, who had been accused of protecting Arroyo and her allies.

Read Next
Where’s P77-B Malampaya fund, Recto wants to know
EDITORS' PICK
The Best Tech Gifts For The 2022 Holidays
EDITORIAL: To a bike-friendly future
Is it safe to talk politics again at family gatherings? ‘The Reconciliation Dinner’ shows us what that’s like
vivo’s coming to town to grant wishes with more holiday promos
Pagasa: Warm, sunny Sunday in most parts of PH
House energy committee chair Arroyo bats for cheap electricity
MOST READ
LOOK: Vhong Navarro transferred to BJMP detention facility in Taguig
The Elephant Man in the Senate
Posh village as ‘shabu’ haven
LOOK: Zanjoe Marudo bonds with Ria Atayde, her family
Don't miss out on the latest news and information.