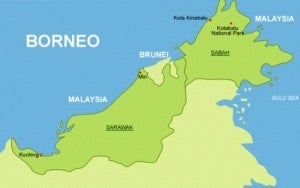 KUALA LUMPUR—Malaysia’s navy has rescued 26 people, including tourists from Britain, Japan and the US, after their sailing boat sank in stormy weather off Borneo island, an official said Friday.

The boat — with 12 crew and 14 passengers on board — sank early Thursday off Sabah on Borneo island, said Mohamad Izuar Zainuddin, an official with the Malaysian Maritime Enforcement Agency.

A Malaysian navy vessel, responding to the distress call, managed to rescue them as they floated on a life raft and two inflatable dinghies, Mohamad Izuar said.

Seven of the passengers are British, four American, two Japanese and one Dutch, while the crew comprises a German, an Irish person and 10 Thais, he said. None of them sustained injuries.

The boat was traveling to an island off Sabah state, but Mohamad Izuar could not say how long it had been at sea or what caused it to capsize.