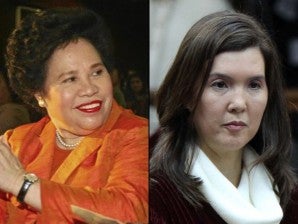 MANILA, Philippines — The Reproductive Health Bill will likely be passed by August or before the year ends, Senator Miriam Defensor Santiago said Wednesday.

“Senator Pia Cayetano and I are filled with very high hopes that we will have it passed by August or before the end of the year,” Santiago told reporters in an interview. Cayetano is one of the sponsors of the RH Bill.

Santiago said that even if the Senate managed to approve the bill on second reading on Wednesday, the last day of session before sine die adjournment, they will still not be able to vote on it since they have to wait for three days as stated in their rules.

“Apparently, since there will be no more sessions after this–unless the Senate decides otherwise this afternoon–it cannot be passed anyway. As I have predicted, we may have to pass it after the SONA, by August. That is our best hope,” Santiago said.

She added that she does not see any serious problems in the period of amendments as  no significant modifications to the bill would be made.

“We do not foresee any serious challenge in the bill itself,” Santiago said.

Although some debates on the phraseology concerning the inclusion of the contraceptive medication in the so-called national formulary or in the stock of medicines kept by every hospital may crop up, Santiago said  “there will be no significant amendments.”

“Maybe the amendments will be about the subsidy from the government in dispensing the medication,” she said.

Santiago said that nothing can stop the passing of the RH Bill, for they have raised and answered all questions that could possibly asked and that they have been patient during the interpellations.

“I think we have exhausted the Senate as far as questions are concerned. With respect to the amendments, we are ready with an open mind to accept those that might become necessary because politics is the art of compromise, as long as they don’t compromise the basic principles of the RH Bill,” Santiago said.

Santiago said that she is hopeful that the Senate Bill No. 2865 or the Reproductive Health Act of 2011 will get the required number of votes from their colleagues in the Senate.

“I hope so because I think after the impeachment trial some of the senators that were strongly opposed to the RH Bill, maybe with the influence of those clerics as previously mentioned, now seemed to have softened their stand,” Santiago said.

“I think after all the violent argumentation during the impeachment trial, the senators are feeling much more conciliatory with each other, and hoped to move from their original positions to a more closer and harmonious relationship with the sponsors of the RH Bill,” she added. Kate Evangelista, INQUIRER.net