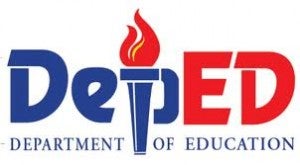 DAVAO CITY—Pupils entering kindergarten up to Grade 2 will no longer wrestle with a foreign language as they enter school this year.

The Department of Education (DepEd) said schools would start the use of the mother tongue, and in the region, Sinugbuanong Binisaya (Cebuano Visayan), not English, would be the medium of instruction.

“We try to ascertain during enrollment time what language the child is using at home, but in the case of the region of Southern Mindanao, it is Sinugbuanong Binisaya,” said Susana Estigoy, DepEd regional director.

She said the decision to use the mother tongue resulted from many years of research.

“Studies have been made with other countries using mother tongue in the initial years of learning and it is found that children who learned new concepts using the mother tongue have been proven to be more long lasting,” Estigoy said.

“Besides, it’s more difficult for children to learn new concepts at the same time when they are learning new language. By using the mother tongue, one barrier to learning has been removed; and this is the language barrier, therefore, it will be easier for students to learn,” she said.

Over 2,000 teachers in the region have undergone a weeklong training on how to handle the new instructional materials, most of which are locally produced and written.

Estigoy said at least 12 languages in the entire country had been chosen as possible lingua franca among the regions, and among these was the Sinugbuanong Binisaya in Southern Mindanao.

“Using the mother tongue, it will be easier for pupils to learn basic competencies developed by the teachers because one barrier to learning has already been addressed,” Estigoy said.

Estigoy said the schools expected an increase in kindergarten enrollees in public schools this year as schools prepare for the start of the mandatory kindergarten to begin next year. Germelina Lacorte, Inquirer Mindanao