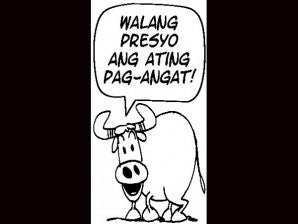 As of Saturday, the Senate had spent only around P3.5 million for the 44-day impeachment trial, according to Majority Leader Vicente Sotto III.

Sotto said the final computation would not hit the P5-million budget the Senate had set aside for the trial of the country’s top judge.

“The expense was conservative considering the gravity of our responsibility,” Sotto told the Inquirer in a phone interview on Saturday.

But the political cost of the trial was nothing compared to the expense, particularly for Corona, Sotto said.

Twenty of the 23 senators voted to convict Corona of culpable violation of the Constitution and betrayal of public trust through untruthful disclosure of wealth.

“I think it was reflective of the will of around 80 percent of the people,” said Sotto, who had cast what he called “conscience vote.”

The Enrile group voted as a bloc to convict Corona.

Sotto said he and the other senators who voted to remove Corona from office could live with their decision.

“We can sleep soundly at night,” he said.

The Senate had converted into a resolution Estrada’s privileged speech commending Enrile’s work as presiding officer of the impeachment court.

“I congratulate the Senate President not only for his legal acumen and gifted skill, knowledge and appreciation of the minute details of the law and judicial processes, but also the probity and impartiality in the handling of the most difficult episodes of the trial,” Estrada said in that speech.

“In this exercise, we have demonstrated to our people and to the international community that we uphold the majesty and dignity of the principles of justice, the rule of law, and of the Constitution,” he said.

Estrada added: “This trial is now a testimony to our common and collective desire to uphold the law and dispense justice wherever it may fall.”