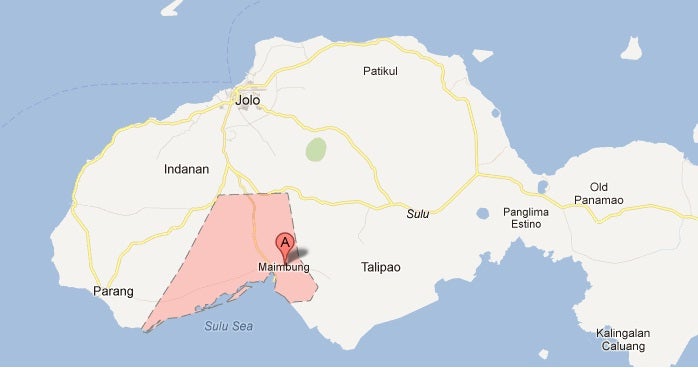 MANILA, Philippines—Philippine Marines and anti-narcotics agents raided and destroyed a half-hectare marijuana plantation in Sulu but no one was around so no arrests were made,  military officials said Saturday.

Soldiers from the Marine Battalion Landing Team 2 (MBLT-2) and the 3rd Marine Brigade (3MBDE), along with agents from the Philippine Drug Enforcement Agency, conducted the operation at the plantation in Barangay Gulangan in the town of Maimbung on Friday afternoon.

After the documentation of the evidence, the PDEA investigating team and the Marines took the uprooted plants to the 3MBDE headquarters in Jolo, for temporary safekeeping, he said.

Brigade commander Brigadier General Remigio C. Valdez said: “The raid proved to be a successful achievement following carefully planned and executed intelligence and tactical operations by elements of the 3MBDE and MBLT-2 as well as well-coordinated interagency operations between the Marines and the PDEA.”

“The Marines in Sulu will continue its fight not only against terrorism in the area but any forms of lawlessness to assist in the security and development efforts of the people of Sulu,” he said.

The officials said there were no encounters as no one was in the plantation during the raid.

“Also, no suspects have been named and the owner of the plantation has yet to be identified in an investigation currently being undertaken by PDEA to determine the perpetrators of the illegal plantation with the assistance of the Marines and the local government of Sulu,” Tonsay said.

The seized plants are to be burned at the 3MBDE headquarters after final documentation and investigation in a few days, he said.