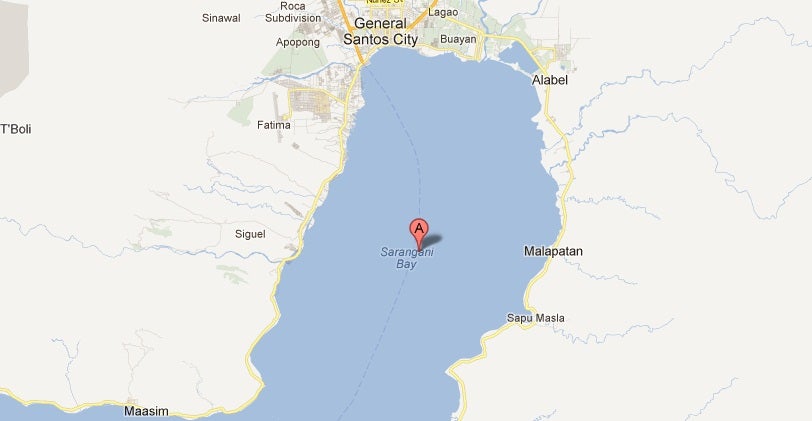 GENERAL SANTOS CITY — The Philippine Coast Guard (PCG) has been holding two Malaysian-flagged vessels and their crew since Wednesday for dumping coal wastes into the Sarangani Bay and for violating maritime laws.

PCG commander Rerjard Marfe said the two vessels – Oceana I and II – were now berthed at the sub-port of Glan, Sarangani.

He said the PCG also fined its crew – made up of Indonesian, Malaysian and Burmese sailors – P10,000 for dumping coal residue into Sarangani Bay, a protected seascape.

Marfe said the crew members of the two vessels also violated maritime laws when they disembarked without permission.

Based on PCG report, the vessels came from Manila where it shipped coal and was to dock at the Makar wharf here to pick up outgoing cargoes.

When they learned that the cargoes to be picked up were not yet ready, the crew of the vessels sailed for Kapatan area, an identified fish sanctuary in Glan.

There, Marfe said, the crew of the vessels dumped wastes into the sea. Local residents, he said, confirmed the incident.

“They were even scolded by the local residents for dumping their wastes on the bay,” Marfe said.

On Friday, the Protected Area Management Board (PAMB), provincial legal office and the Coast Guard met to discuss further legal actions to be taken against the Malaysian vessels.

Glan Mayor James Yap Sr. said the crew had admitted dumping “minimal’ waste into the bay but denied it was coal residue.

He said the town government of Glan has decided to pursue charges against the crew and owner of the vessels, which he did not name.