I was only second choice, says Karen Jimeno | Inquirer News

I was only second choice, says Karen Jimeno

MANILA, Philippines – Lawyer Karen Jimeno was only a second choice as counsel for the defense panel of former Chief Justice Renato Corona, she said Thursday in an interview over Radyo Inquirer 990AM.

“I found out recently that [Corona] really just had to settle with me. I’m only a second choice,” Jimeno said when asked about how she was chosen as a member of the defense panel. 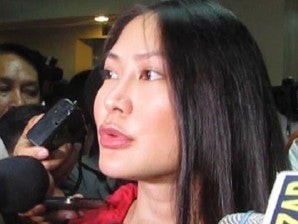 “The first choice of the Chief Justice was really my mom,” Jimeno said. “She’s a very good lawyer with an established career and has very good credentials.”

Rita Linda declined the offer and Karen was eventually picked by Corona to be a part of the defense team.

She said her mother was concerned that there might be a backlash against her because of the negative public perception against Corona.

Jimeno said that she does not fully know how the members of the defense team were assembled because they don’t really know each other personally.