“They shouldn’t have presented the BGEI (case) because it opened a small window to look into his (Corona’s) personality,” he said. 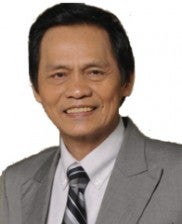 Prior to the BGEI debates, Valdez pointed out, justifying Corona’s undeclared real-estate property, like the Bellagio condominium unit, could be given the benefit of the doubt.

But when it was revealed how the BGEI was taken over by the Coronas from the Basa family through alleged high-handed legal maneuvering, Valdez said the senator-judges saw the character of the Chief Justice. “(Even) the layman opened their minds in scrutinizing the Chief Justice.”

After that, the space on the ground where Corona was standing became smaller and smaller as days went by, Valdez pointed out.

What dug the grave of Corona deeper was when Ombudsman Conchita Carpio-Morales was presented by the defense as hostile witness, Valdez said.

“They underestimated the [Ombudsman’s presentation of the] AMLAC [documents], which were official records, as [pieces of] evidence. That’s why they were forced to present the Chief Justice as witness.”

The conditional waiver on his SALN when he initially testified also added insult to injury. But what brought complete damage to the defense team was Corona’s walkout.

“Nagsinungaling ka na. Dinagdagan pa ng walkout at waiver na may lastiko.  Tapos at the last minute saka ilalabas without condition, (You were caught lying, you added insult to injury by walking out of the trial without being officially discharged, you signed a conditional waiver but at the last minute you gave it without condition when it no longer matters. It’s like a waiver attached to a rubber band).”

Any judge, he said, doesn’t want any witness or lawyer doing magic tricks in front of him.

“That’s why, like what some senator-judges have said in the trial, Corona was guilty by his own admission.”

In the same interview, Valdez was also categorically asked if it’s possible for lawyers all over the country to hold an election by themselves and vote for the next Chief Justice.

Valdez said it’s not possible because of politics.

On a more realistic level, he pointed out it doesn’t matter whether Corona’s replacement is an outsider of the Supreme Court or not as long as the process is not tainted with politics.

To achieve that, he emphasized “Our legal education, our judicial system, even the culture of lawyers must aspire for the highest level.”

He said when the time comes when even a lowly judge from a very remote place in the country—like a municipal judge from the islands—could be appointed as Chief Justice immediately based on accomplishments and if he or she has the attributes of a good judge, a good justice, “napakaganda ng ating judicial system (what a wonderful judicial system we have).”  Totel V. de Jesus, INQUIRER.net