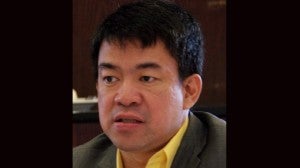 “This senator-judge find the respondent guilty on betrayal of public trust and culpable violation of the Constitution,” as indicated on Article 2 Pimentel said in is privilege speech. He noted that Corona’s admission, under oath that he did not disclose properties on his statement of assets, liabilities and networth (SALN).

Pimentel said he was not convinced by Corona’s defense on why he failed to declare his dollar accounts in his SALN.

“The respondent has consistently misinterpreted the laws,” he said, adding that Corona never corrected his SALN.