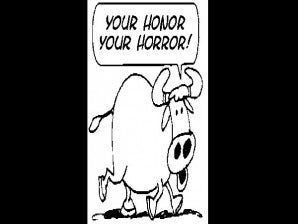 Malacañang is not shaken by Chief Justice Renato Corona’s dramatic second turn at the witness stand, and thinks the top magistrate is “the best witness for the prosecution.”

“Mr. Corona has finally admitted what the impeachment court [wants] to find out: [Did he withhold] information from his [statements of assets, liabilities and net worth]? He did,” said Edwin Lacierda, President Aquino’s spokesperson, after the impeachment hearing in the Senate on Friday.

Lacierda said Corona declared only P3.5 million in cash in his 2010 SALN, but testified on Friday that he had P80 million and $2.4 million in the bank.

“The issues have been joined,” Lacierda said. “Mr. Corona has become the best witness for the prosecution. He has proven, by his demeanor and his very own statements, the validity of the charges against him, and provided evidence more than sufficient to determine his fate.”

Lacierda noted that Corona, in his testimony on Friday, claimed that the Foreign Currency Deposits Act (FCDA) enacted in 1974 was superior to the requirements of the 1987 Constitution.

“[Mr. Corona] has made his legal legacy a Get-Out-of-Jail-Free-Card for all officials who are plunderers and crooks,” Lacierda said.

If Corona’s interpretation of the law is right, Lacierda said, all that thieving officials need to do is “park their ill-gotten funds in foreign currency accounts” to make themselves immune to prosecution under the antigraft laws.

For banks, not depositor

Deputy presidential spokesperson Abigail Valte said on Saturday that FCDA isn’t necessarily in conflict with the financial disclosure requirement in the Constitution.

Valte said there were exceptions to the Bank Secrecy Law, among them impeachment, prosecution in court, and an expressed waiver

But even the FCDA provides an exception, Valte said, pointing out that the depositors may grant permission to inquiries into their accounts.

Constitution or the law?

Asked whether the law should be amended so that foreign-currency bank accounts will not serve as a safe haven for the loot of corrupt officials, Valte said, “Let’s wait for what would happen [in the impeachment trial] and that would also depend on our lawmakers because it was made to seem that there is a conflict.”

Valte said that most lawyers believed there was no conflict between laws. “It was asked, which should prevail, the Constitution or the law?” she said. “That’s rather clear [even] for first-year law students because the principle of the hierarchy of laws is also quite clear,” she said.